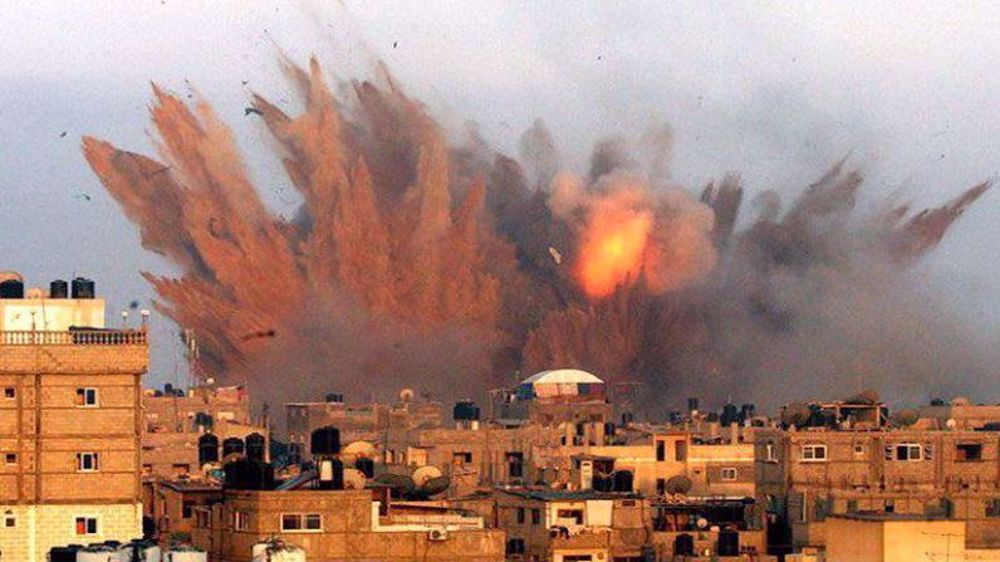 Saudi warplanes have carried out as many as 50 airstrikes against various districts in war-torn Yemen in just 24 hours.  The air raids started on Tuesday, and lasted until early Wednesday, Yemen's al-Masirah television network reported.

The network identified the targeted locations as the Jabal Habashi District in the Ta'izz Province that lies in Yemen's extreme southwest, as well as the al-Thawrah, Sanhan, al-Sabahah, and al-Sab'ain Districts in the west-central province of Sana'a.

Throughout the same time span, Saudi aircraft also targeted the western provinces of Ma'rib, Shabwah, and al-Jawf on a total of 37 occasions.  Enjoying complete arms, logistical, and political backing from the United States, Saudi Arabia led many of its allies, chief among them the UAE, in a 2015-present invasion of Yemen.  The war has been seeking to change Yemen's ruling structure in favor of its former Riyadh-friendly officials.

The military campaign has killed tens of thousands of Yemenis and turned the entire Yemen into the scene of the world's worst humanitarian crisis.

Yemeni official vows that the country will keep its counteroffensives until its complete liberation from a Saudi-led invasion and siege.   Most recently, the joint forces carried out two retaliatory operations codenamed the "Yemen Storm 1" and "Yemen Storm 2," which saw them striking targets deep inside Dubai and Abu Dhabi over the past week.