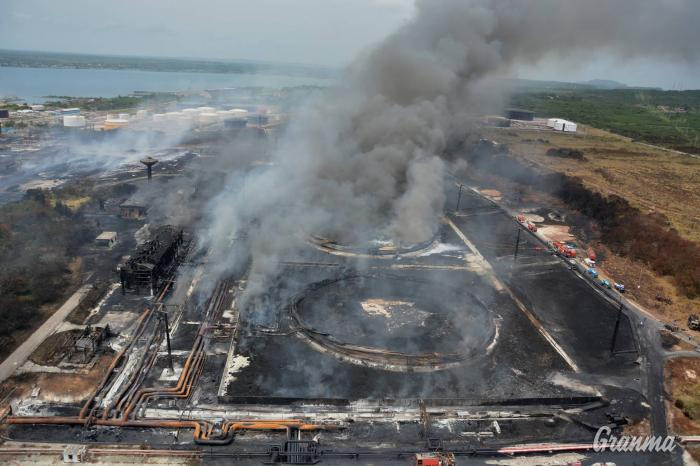 Cuba's Public Health Minister Jose Angel Portal said Thursday that the search for those missing in the fire at the Supertanker Base in Matanzas, 100 kilometers east of Havana, will begin right after the fire is fully extinguished in the disaster area.

He ratified that the operation would involve specialists from Forensic Medicine, anthropologists, and members of the Ministry of Interior and the Revolutionary Armed Forces.

Portal assured that an exploratory mission was carried out, but there are not yet the conditions to remove the remains that could be in the place.

On Thursday, the confrontation with the fire continued, which is in the liquidation phase. Its current situation is irreversible because there are no conditions for its spread or new explosions.

Since the beginning of the event, 130 injured people have been treated, most of whom have been discharged from the hospital. As a preliminary balance, the death of two firefighters and 14 missing persons have been reported.