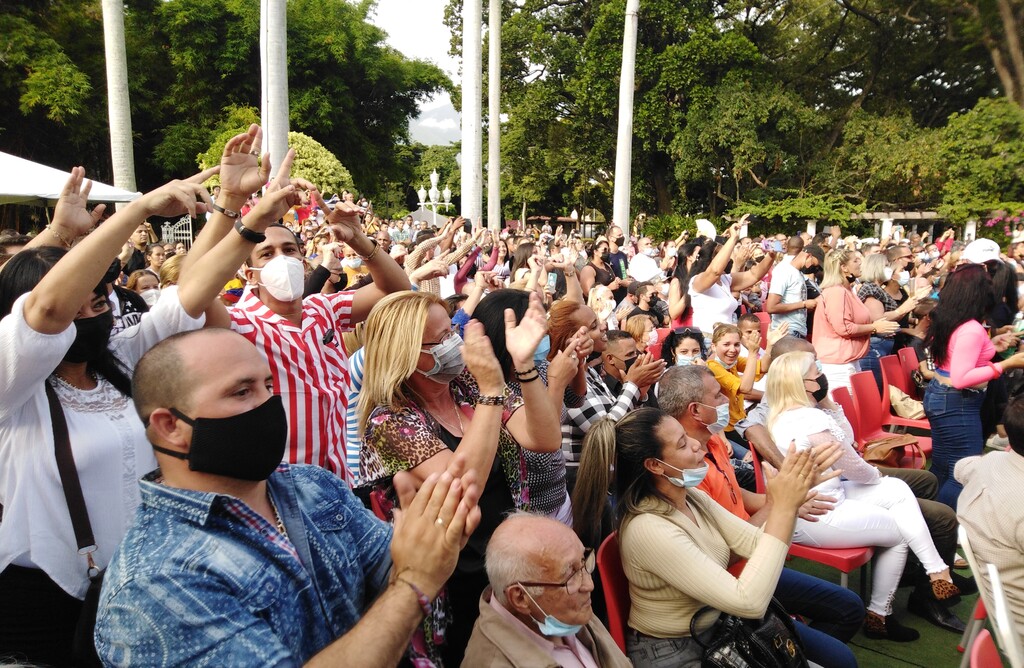 Thousands of souls were touched by their songs and 6 concerts, one for each year of absence from the Venezuelan stages, left the Buena Fe Duo in Venezuelan lands.

The Teresa Carreño Theater and other places in Caracas, Lara and Falcón enabled the long-awaited reunion of the Cuban musical band led by Israel Rojas and Yoel Martínez with the Venezuelan audience, who gave them back all the Buena Fe (Good Faith) with which they make their music.

“This tour in Venezuela has been very important and happy for Buena Fe Band. We are very happy to return and see that our songs have not been forgotten, that people sing them and enjoy them. All the concerts were beautiful”. Yoel himself, who is the guitarist and the second voice of the band”, Highlighted.

Another unforgettable moment of Buena Fe band's journey through Venezuela was at the Casona Cultural Aquiles Nazoa, where they offered their last and most special concert. Up to 22 songs came out of Yoel's guitar and Israel's throat. Some recent ones, such as Mujer Ciudad (Woman City), 4 cuentos (4 stories) and Ni una más (not even one more); others, eternal, like No juegues con mi soledad (Don't play with my loneliness), Volar sin Ti (Fly without you), Pi (3.14), Corazonero or Catalejo (Spyglass).

According to Israel Rojas, who is a composer and lead singer of Buena Fe band:

“This closing concert surprised us, and with the presence of Cubans and Venezuelans in the audience, we feel the joy and nostalgia of our people. Hopefully the songs have taken them, even for a little while, to Cuba and their families. It was also exciting to see children singing our songs by heart, or even everyone's reaction when we sang especially endearing songs”. Israel Rojas said.

A Sublime moment happened at the end, when collaborators of the Cuban Social Missions in Venezuela and their patients sang together with Buena Fe band, La fuerza de un país y Valientes (the force of a country and Courageous). Yoel and Israel dedicated songs and a message to them.

“For our people, all the love and respect they deserve. I hope our songs make them happy. Thank you for the work you do, for representing us and for all the love, for so long." He said.

Six concerts and thousands of souls touched, forever, left Buena Fe Band in Venezuela. Yoel Martínez and Israel Rojas have already promised to return to bring songs, the faith and strength of a nation.