The Cuban Day against Homophobia and Transphobia to raise awareness 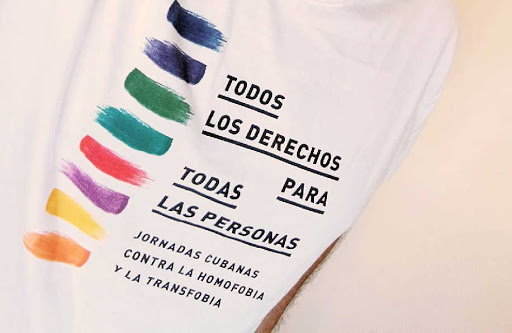 The XVI Cuban Day against Homophobia and Transphobia has passed for the second time through a virtual space due to the Pandemic. That is not why the debate has ceased to be intense, on critical issues that, as always, erode the patriarchal culture.

Ph.D. Mariela Castro Espín, who is the director of the National Center for Sex Education (CENESEX) that is an institution of the local Public Health Ministry (MINSAP) that organizes the event, commented at the local Mesa Redonda TV program about how these spaces have contributed to a cultural change of the later development of a permanent educational work, which reaches the climax point in May.

“We carry out professional improvement actions, through postgraduate figures, influencing the undergraduate training of professionals, as well as the training of public officials, members and leaders of the civil society organizations from which alliances are generated in the organization of these activities by keeping a permanent dialogue with the country's leadership in terms of presenting concerns, proposals, and results of scientific research”. She said.

Activists with their experiences of life and improvement, through the local CENESEX, have found an opportunity at the Cuban Conference against Homophobia and Transphobia to promote civic actions that help raise related awareness as stated by Ms. Teresa de Jesús Fernández González, who is National coordinator of the network for lesbian and bisexual women.

“Suddenly we have a voice, we are in sight, but we also provide scientific information, sociological research, life stories. The conferences humanize, bring into light a reality that exists, an important sector of the population and the citizenship that lives without rights because of the prejudices, stigmas and the negative popular imagination”. She said.

The Director of CENESEX commented at the beginning of the Conference that beyond the related harvests from the legal point of view that have already reached the doors of a New Family Code. The education, change in consciences and awareness is fundamental.

Influencing those 3 main spaces where rights are violated constitutes for Malú Cano Valladares, who is the national coordinator of the network for Trans people, couples and families, is essential for this process of breaking prejudices and myths.

“A great and main space is the family, and on many occasions, unfortunately, when we show ourselves differently, not according to what our parents are used to see, we do not have the understanding by them. Another great space of violation is the school. It becomes a very aggressive environment when the boys, who cannot understand either, make fun and that hurts us, sometimes the teachers in the schools do not know how to deal with the solution of this conflict. That brings with it, unfortunately, that school space is abandoned”. She said.

The other space of the rights violation for Trans people is the workplace, when they do not find the ideal or desired position, they are discriminated and that end up into the transactional sex, the activist commented.

The XIV Conference against Homophobia and Transphobia has hosted some activities such as the presentation of books like the one entitled´ Paquito el de Cuba´,´ Una década de ciberactivismo´ and ´Sexualidades e identidades de géneros no heteronormativas.´

In addition, there have been other related activities and topics such as Tensions and challenges for the related human rights, discussion forums, exchanges with sexual rights activists from the Americas region, discussions on inclusive communication, the National Program for the Advancement of Women, and legal challenges.

One of the most attractive activities was the panel on stories of non-hegemonic lives of diverse families, such as Dachelis Valdés and Hope Bastian, mothers of a child, the first one in Cuba, recognized with two mothers.

“We are a family of two mothers and a baby for the moment being; hopefully there will be more in the future. We have had to face many obstacles to have the same rights as other families and for our son to have the rights of any other child”. She said.

The celebration in this 2021 has also been the scenery for the reflection on the challenges of the LGBTIQ Community ＋ before the New Family Code, presented by the Master Manuel Vázquez Seijido, deputy director of CENESEX.

“The Constitution itself has ruled, based on its regulation of the institution of marriage, that it is necessary to guarantee marriage for all people without any distinction, I think that this is probably one of the challenges that we are closest to, taking into account that the local Code of the Families is an imminent question to be part of the discussion process and after a popular referendum.” Ms. Manuel Vázquez Seijido said.

On this regard, it is also essential to guarantee access to assisted reproduction techniques for LGBTI people Q ＋, given that is something that has been a systematic claim of activist networks, especially that one of lesbian and bisexual women. It also guarantees the right for couples of the same gender to adopt and for those one whose life project does not include life as a couple but the formation of a family”. He added.

May 17th is when the World Day to fight the Homophobia and Transphobia was celebrated because on this date, but in 1990, the World Health Organization (WHO) eliminated homosexuality from the list of mental illnesses and within the framework of the Cuban Day against Homophobia and Transphobia, the Flag of Sexual Diversity will be exhibited for the first time at the headquarters of the Public Health Ministry (MINSAP) and two emblematic buildings in Havana will be illuminated, the Real Fuerza and San Salvador of the Punta castles.