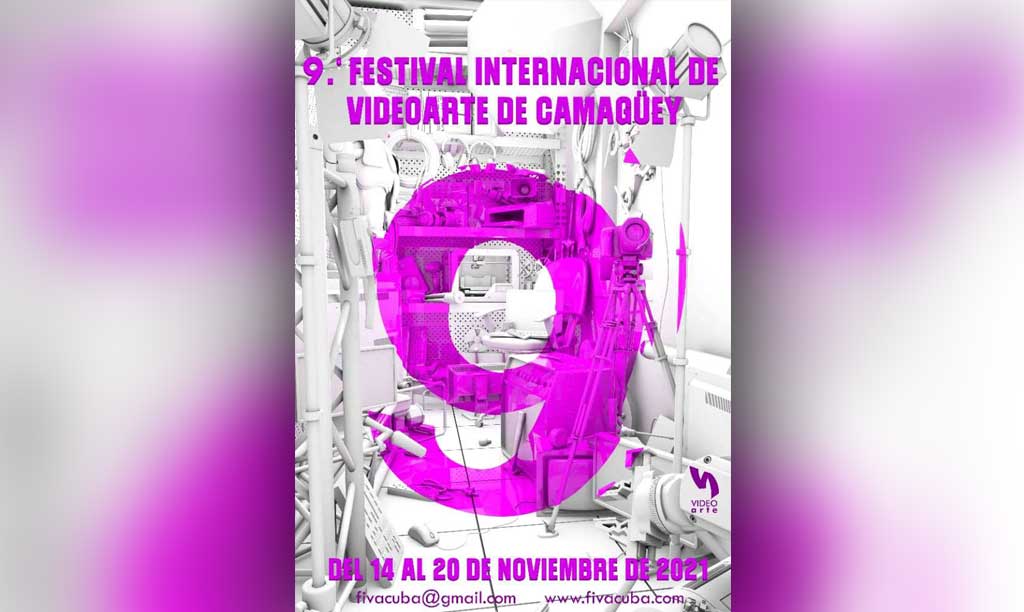 The IX edition of the International Video Art festival(FIVAC), initially scheduled for the month of April, is postponed until next November. The Organizing Committee announced.

Artists from 37 countries responded to the FIVAC event call and 380 works were received.

“We have had a record of participation in terms of registrations; and in none of the eight previous FIVAC editions we had such a high number of participants, a massive mass that does not mean a loss of quality”.

“The Selection Committee has already finished its working sessions and decided to include 90 works of the 380 received in the professional exhibition program of the IX edition; that is to say that there is an important reduction in quantitative terms, which is expressed in a qualitative growth of what will be exhibited ”.

Regarding the representativeness of the participants, Teresa Bustillo points out that works by artists from 22 countries from Latin America, North America, Europe, Asia will be exhibited and Australian artists will be present which gives a multilateral feature to the aesthetic FIVAC works.

- How will Cuba be represented?

“Cuba has a decrease in terms of representation; there will be only ten or twelve works by Cuban artists; mainly from Santiago de Cuba, Havana, and of course, Camagüey provinces. This decrease is perhaps due to the fact that the artists, who habitually used video art, have had to change due to the market´s demands, because that is a difficult artistic manifestation to be commercialized”. She said.

- What are the main genres and themes of the works chosen for the FIVAC professional program?

"Most of the works that were received are in a mono-channel format, given the impossibility of making installation works due to the epidemiological circumstances in which the world is." She pointed out.

“In terms of related themes, they are multiple ones: historical materials; others on problems related to the environment; gender approaches; and violence, very hot issues right now; and the incidence that the pandemic has had within the human being´s the daily life is obviously also incorporated ”. She said.

- Regarding the theoretical event, what topics are promoted for debate and exchange?

“The theoretical event was very well outlined to be carried out when the Festival was scheduled for the month of April; and we had very interesting proposals, from Spain, the United States, Mexico, and Cuba, of course”. She said.

"Now, as FIVAC is postponed to November, we hope to be able to contact other important representatives of the theory of video-creation, and that they can then join." She said.

“The issues are more or less the ones that have usually been discussed at FIVAC, the culture of resistance, which involves gender, multiculturalism and cultural identity; there is also another that has to do with post-pandemic art, that is to say, to the extent the pandemic has influenced the aesthetic art configuration and the social problems that man has.”

In addition, that is a question that we asked ourselves since April of last year, when we launched the call, and obviously, in a somewhat premonitory way, we could sense what was going to happen and there have been important answers about this; and the other of the lines is linked to art and technology, art and new media, how technology can influence art, that is to say that is a theme that we have also addressed which is maintained and that we are going to represent at this edition". She said.

- Until the month of November, will the works chosen for the Festival's professional program be exhibited?

“No, these works are going to be presented on the days scheduled for the Festival; and depending on how COVID-19 allows it, the work of Píxel Galería, which makes its systematic exhibitions with the FIVAC funds and historical archives, will be resumed, from the first to the eighth related edition; but the works that are accepted for that moment, will be exhibited in the city in the next month of November”.

- The idea, next November, is to carry out the event in person; but, if the current epidemiological situation continues, could social networks and digital platforms host the entire program of the event?

“There is precisely a phrase from the General Producer of the Festival, Diana Rosa Pérez Legón, who clarified the justification about postponing the FIVAC event for us, and she said:

“We have made the Festival even without money; but never without people, so the city ´s audience is then very important for us”.

“The Festival has always been on the social networks, that is to say that FIVAC is not an event that joins the social networks; and let's say that limiting it to the social networks seemed like a curtailment, a too significant castration; that's why we decided to postpone it in April; and if we get to November with a similar situation to the one we have, we will obviously have to make a decision; but I don't think it's sensible to announce it from now on”.

The Camagüey Video Art Festival event, which was founded in 2008 by the multimedia local artist Jorge Luis Santana Pérez and a group of artists and intellectuals, is the only international event dedicated to this artistic manifestation in Cuba.

Along With a biennial nature, the IX edition event, corresponding to the year 2021, will take place from November 14th through the 20th, as part of a related space that is used by the permanent venue of the local Circuit for the Exhibition, Development and Research of New Media project (CEDINM).

In the Festival's Blog entitled Videoarte del Mundo in Camagüey, it was published the list of works accepted for the IX FIVAC event.

Fourth wave of COVID-19 is taking hold in Spain

Lula da Silva ready to run for president if necessary