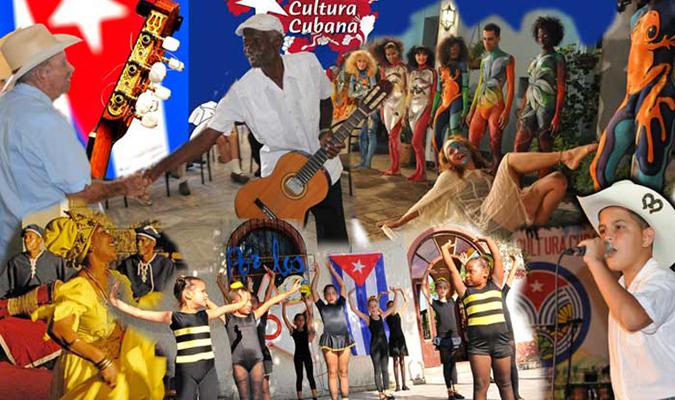 The musicians have had to create new ways to be able to get to their audience in the current end of the year as part of a context in which the Pandemic tried to kill the hope of the world.

It was also a moment when is needed to strengthen the human spirit before that priority, and the Cuban music took over the social networks and communication mass media through which some desired that precious art.

The audience were cancelled, and the contests also passed online, but that did not mean that Cuba was hindered.

As a matter of fact, this year the emblematic local Aragón band was granted the Latin Grammy 2020 reward in the Tropical Traditional Album through the Icono Album produced by the Puntilla Music Agency.

His repertoire includes the local Danzón, Boleros, Guarachás and other musical genders of the Cuban music, but the Aragón band became one of the main promoters of that genre by adding a refined creative and instrumental lever into it.

On its occasion, its director Rafael Lay expressed:

“We dedicate that prize to all the musicians who have been part of the band and the health staff that fight the Coronavirus Pandemic. We are hoping the Aragón band keeps the path of its founder: Rafael Lay.”

It is important to highlight that Cuba aspires to the same reward in the same category through its records entitled´Mariposas´ by Omara Portuondo, which was rewarded in the previous event the Musical Excellence award, as well as the Faílde band through its record entitled´Faílde con tumbao,´and the Changüí band from Guantánamo province through its production entitled´ Este es nuestro Changüí.´

Regarding the recognitions, it should be mentioned that the National Music of Cuba from 2020 was equally granted and shared  by the pianist Huberal Herrera, and the composer and producer, Edesio Alejandro.

The career of pianist Huberal Herrera was granted that recognition, taking into account that he has been an instrumentalist that has kept the name of the Cuban culture in high through his intense study of the work by Ernesto Lecuona, who was one of the great Cuban musicians of all times.

In addition, Huberal Herrera rescued some old records for the Cuban musical heritage from which three records were recorded in Spain by the General Society of Authors and Editors (SGAE).

When we mentioned Edesio Alejandro, it is very likely what comes into the mind some images from so many films he directed and orchestrated their music; they include Clandestinos, Hello Hemingway, La Vida es silbar, and Suite Havana films.

Edesio Alejandro, most recent success is marked by the many awarded film entitled´Mambo Man,´ which is a drama with an intense musical component in which he made his debut as a director, apart from being its editor.

The feature film has more than 60 awards and 48 official selections, including the Florence film Awards from Italy, and the Dumbo film Festival from New York in the United States. The film was premiered at the 42 International Latin American New Movie Festival in Havana city.

“The first that ties me to a production is feeling that I am going to spend a good time. That is why, I felt highly stuck on history when I saw the film´s script, and I thought the audience would enjoy watching it by unleashing their emotions.”

This year 2020, the Van Van band presented its record entitled´Mi Songo.´ It was produced by the local Grabaciones and Ediciones Musicales enterprise (EGREM), and it includes 12 songs and 9 one of them by Cuban late musician Juan Formell: The ones entitled ´Popurry de los 70,´´Anda, ven y muévete,´´El buey cansao,´´Quién no ha dicho una mentira,´´A través de mis canciones,´´Sandungera,´´Resolución´ and ´Me gustas.´ The three other ones include the ones entitled´Recaditos no,´´Azúcar´ by Rodolfo Vaillant, ´Azúcar´ by César Pedroso, and ´Si a una mamita´ by Evaristo Aparicio.

The invited people to this project also watch the musical proposal, given it is part of the saxophonist César López; Telmary through a special singing of the song entitled´El buey cansao,´ Gilberto Santa Rosa with the song entitled´Quién no ha sido una mentira,´ Jimmy Boy using his trombone in the song entitled´Sandunguera.´ It is also difficult to forget Alexander Abreu and his trumpet performance and his voice in the song entitled´A una mamita.´ The local singer El Micha in song entitled´Azucar,´ as well as the choirs by Ángel Bonner and Danae Blanco, respectively.

There were many scheduled events such as the Festival Havana World Music, Piña Colada one with its venue in Ciego de Ávila province, including the travelling Un Puente hacia Havana one, which had international invited people. They were cancelled to avoid the Covid-19 spread.

Nevertheless, the musicians felt highly surprised through the social networks by achieving this way not only recalling past related events but also demonstrating the passion for each local musical genre.