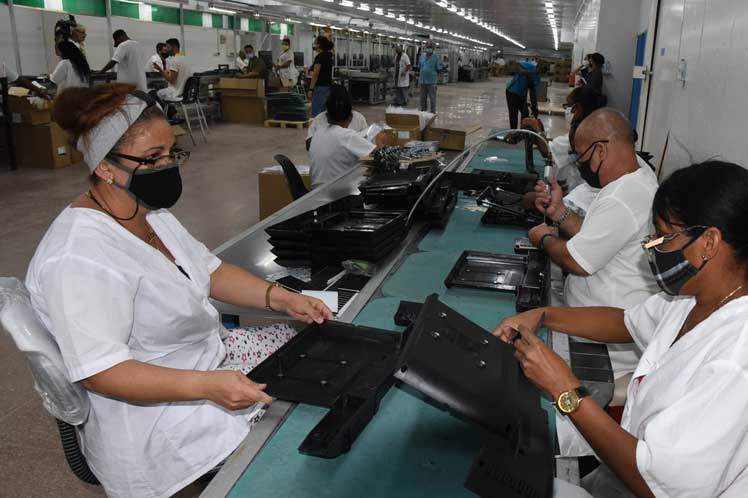 Havana. - The resurgence of the economic, commercial and financial blockade imposed by the United States government on Cuba has had a direct impact on monetary and financial operations, as well as on the decrease in the productive activity of the five business groups which are part of the local Ministry of Finance. Industries (MINDUS).

At a press conference, Ana Iris Cabrera Salomón, the General Director of the Industrial Management in office, reported that the total losses exceed 31 million USD, which prevent the importation of resources and raw materials, the acquisition of state-of-the-art technologies and equipment, professional exchange and training with high international standards, as well as the export of goods and services.

In the period from April 1st to December 31st, 2020, the main effects were associated with the difference in terms of the import price due to the geographic relocation of the market, given the inability of local companies to access the US market and that of other countries of the area that have North American subsidiaries.

To the same extent, it is impossible to carry out financial transactions using the US dollar as the payment currency, which led the business system to access financing with interest rates around 18%, making direct access to bank loans impossible, having to set up operations with commercial credits, meaning higher financial costs.

The greatest losses are computed in the financial monetary affectations due to an increase in the exchange rate when having to use the Euro as a payment currency for imports of productive inputs.

The financial monetary affectations are the ones with the greatest impact mainly due to the use of intermediaries with the consequent financial cost of the operation, truncating the possibility of negotiating the discounts for volumes offered by the manufacturer, without the industry being able to benefit from the promotion policies, stationary discounts, and the typical procedure in this market.

As part of the period covered, it is mainly reported the migration to the Asian market, along with the related increase in freight and insurance that impacts on the rise in production costs and the price of the final product. In turn, the use of intermediaries has been necessary since the producers have direct ties with North American companies and do not accept transactions with Cuban companies.

Income loss is reported due to the impossibility of inserting ferrous, non-ferrous and non-metallic products in the US market and thus commercializing them at a better price, which is why they are sold through mostly European intermediary firms.

Despite the adversity caused by the blockade on Cuba, business groups from the chemical, iron and steel, electronics, light industry and recycling industries have overcome obstacles with viable alternatives in the productive transformation that allows the strengthening of the Cuban industry to meet the demand of strategic sectors. Therefore; the related effort to increase the efficiency of the production process are decisive.

In addition, the local ´Camilo Cienfuegos Gorriarán´ Electronic Industry Company is committed to encouraging the productive chain between state institutions, along with the support of the intelligence of its qualified staff and the country's universities, which has allowed it to venture into other commercial niches by diversifying its productions.