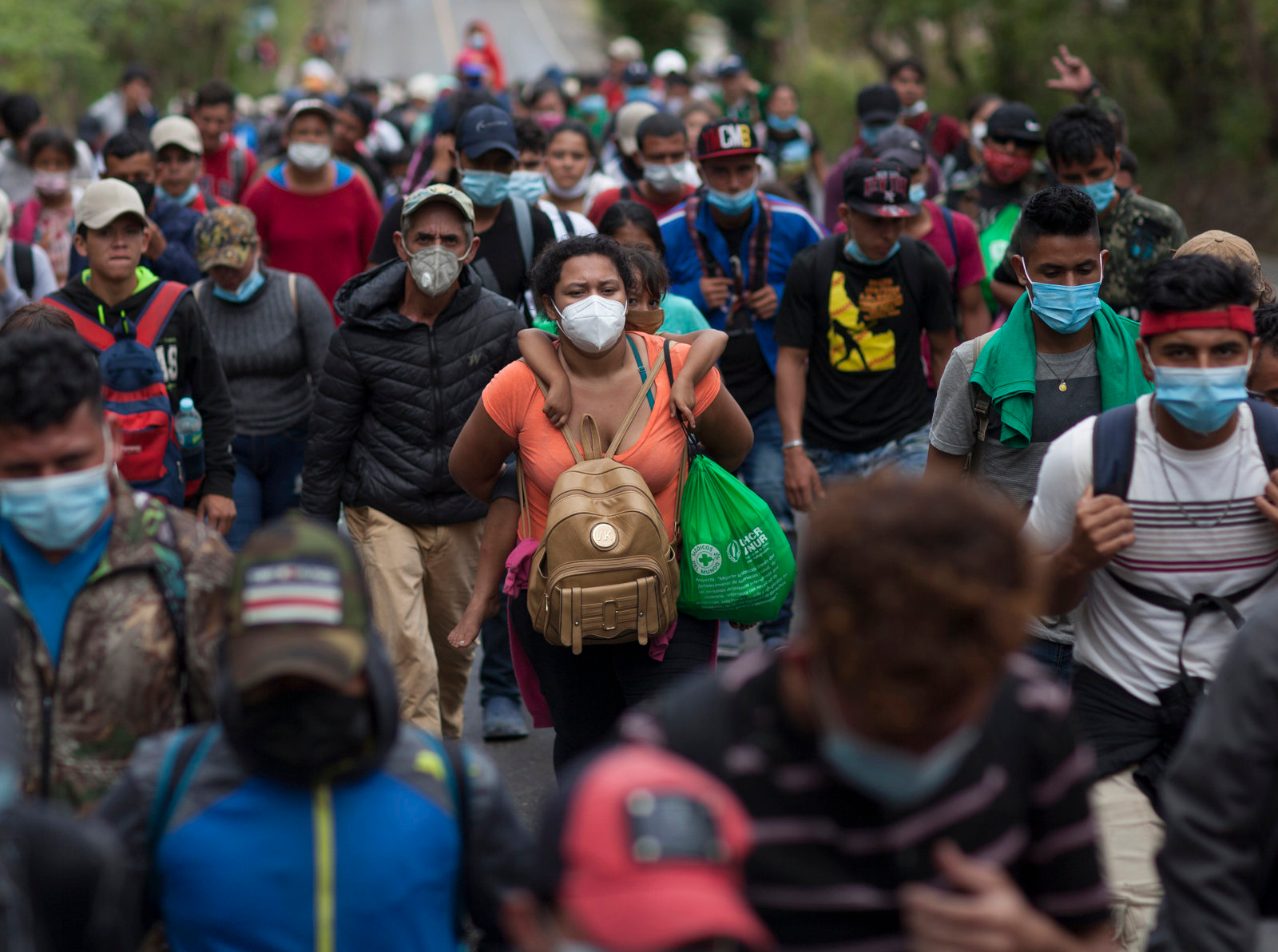 Guatemalan security forces are attempting to block thousands of Honduran migrants from heading north towards Mexico and the U.S. border.

On Sunday, police and soldiers in riot gear confronted a caravan of migrants from Honduras on a highway near Chiquimula in southeastern Guatemala.  After a tense standoff, in which police fired tear gas and attempted to beat back the migrants with batons, the surging crowd broke through a phalanx of soldiers.

Guillermo Díaz, Guatemala's top immigration official, says that since Friday 7,000-8,000 Hondurans have crossed in to Guatemala in an "irregular" manner.  "We are very concerned about this situation," Díaz says in a video on his department's Facebook page.  "These people who've formed this caravan or are forming into a caravan...is a very difficult situation to manage."

Guatemala has set up checkpoints on main roads leading to and from the Honduran border.  However, Díaz says many of the migrants have left the main roads and are now arriving in towns in the middle of the country. Officials are very worried, he adds, because another group of roughly the same size is on its way.  "We hope this situation stops," he says. "And this flow of migrants ends."

Mexico has beefed up security on its own southern border with Guatemala in anticipation of the caravan. Mexico also sent six buses south to help transport Hondurans back to their home country.  The Mexican Secretary for Foreign Affairs issued a statement calling on Honduran officials to do more to stop the "irregular flow" of citizens through the region.

But migrants in the caravan say they have little choice but to march north.  "We don't want to live in Honduras anymore," Ana Murillo told the French news agency Agence France-Presse.  Standing with a group of migrants beside a busy road in southern Guatemala, she says Hondurans have been badly affected by hurricanes Eta and Iota, which slammed into the country in November.  Honduras also suffers from incredibly high rates of violent crime and the pandemic has crippled the economy.

"There isn't any work.  There are no opportunities," she says.  A light blue cloth face mask hangs from her chin, several bags and children are at her feet.  "We are leaving because we don't want to suffer anymore."