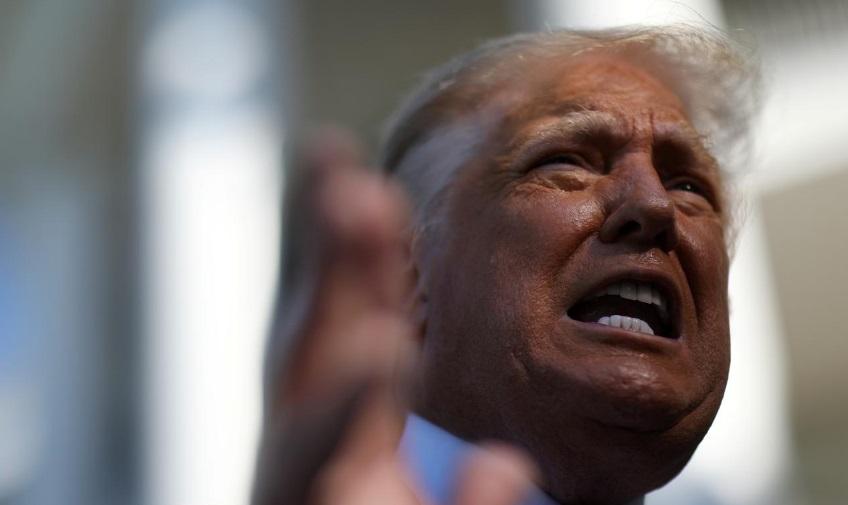 Claiming that the U.S. electoral system was under attack, President Donald Trump said he would fight to ensure only legal votes are counted, adding that the media rushed to ‘anoint’ Joe Biden as the winner of a ‘very strange’ election.

In a lengthy video address on Wednesday, Trump said: “As president, I have no higher duty than to defend the laws and the Constitution of the United States.  That is why I am determined to protect our election system, which is now under coordinated assault and siege” -- laying out his case that the 2020 race was marred by widespread fraud and irregularities.  "If we are right about the fraud, Joe Biden can't be president."

Calling the election a “total catastrophe,” during his 46-minute address the president took aim at mail-in voting, much more heavily favored this year amid the coronavirus pandemic, alleging the system “allowed fraud and abuse to occur on a scale never seen before.”

“While it has long been understood that the Democrat political machine engages in voter fraud – from Detroit to Philadelphia to Milwaukee, Atlanta, so many other places – what changed this year was the Democrat Party’s relentless push to print and mail out tens of millions of ballots, sent to unknown recipients with virtually no safeguards of any kind,” he went on.

Trump also accused Democratic politicians and judges of using the pandemic as a “pretext” to “drastically” alter election procedures in the months and weeks ahead of the race in order to hand Biden an easier win.

While most major media outlets in the U.S. have declared Joe Biden the winner of the race, and the Democrat’s transition team has been given the nod by General Services Administration to begin the presidential handoff, no formal victor has yet been certified -- one full month after Election Day.