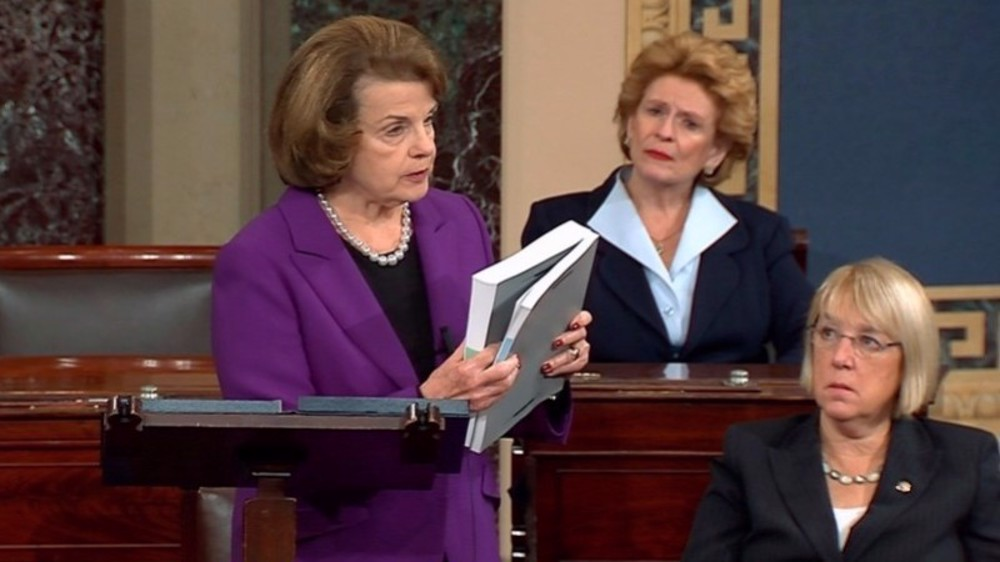 A lengthy report by the United States Senate on the CIA’s brutal “enhanced interrogation” methods will remain classified for the sake of “national security.”  The compilation of the report, whose full title is The Committee Study of the Central Intelligence Agency’s Detention and Interrogation Program, was conducted by the bipartisan US Senate Select Committee on Intelligence (SSCI) on the CIA’s so-called Detention and Interrogation Program and the spy agency’s use of torture during interrogation in US government communiqués on detainees in CIA custody.

The over-6,700-page report, which covers CIA activities before, during, and after the US-led “War on Terror” in the wake of the September 11, 2001 attacks, was approved in late 2012 and took more than five years to complete.  Although portions of the report, which includes 38,000 footnotes, were leaked to the public by Democratic Senator Dianne Feinstein in 2014, the full unredacted report remains classified.

On Thursday, District of Columbia Judge Beryl Howell ruled that the U.S. Senate does not have to release the full content of its report. It “does not qualify as a public record subject to the common law right of public access,” Howell said.

The latest persistence in keeping the detailed report as classified came as a previous case concluded it was a “congressional record” and thus, could not be accessed through standard Freedom of Information Act (FOIA) requests, RT News reported on Friday.

“The Report contains highly classified information about the CIA’s detention and interrogation policies and procedures that would compromise national security if released, far outweighing the public’s interest in disclosure,” the judge wrote in her opinion.  The government's interest in keeping the information secret outweighs public interest, Howell said.

Earlier, investigative reporter Shawn Musgrave filed suit to gain access to the full content of the report, citing a “common law right of access” to public records. However, his case was ultimately dismissed.

The thorough report said “the U.S. spy agency’s secret detention and torture programs launched following the September 11 terrorist attacks in the US, during which innumerable foreign suspects were placed into secretive ‘black site’ detention centers overseas and subjected to extreme, and often barbaric, interrogation measures.”

Of the numerous cases, few ever resulted in formal charges for the accused, plenty of whom were apparently held at the CIA’s own discretion, well beyond the reach of the US criminal justice system or the international laws of war.

The unclassified summary of the report, released by Feinstein, showed 20 major findings, including that the CIA’s methods rarely led to gaining useful intelligence, that the agency repeatedly lied about the effectiveness of those methods, and that its interrogations were far more violent than intelligence officials had ever admitted to legislators.

According to the released portions of the report, expert psychologists developed some of the so-called enhanced interrogation techniques to maximize the suffering inflicted on suspects.  It concluded that the torture regime had tarnished the US reputation across the globe.

Commenting on Thursday’s ruling, Senator Feinstein said although she agreed with some aspects of Howell’s decision, she also continued “to believe the full torture report – with appropriate redactions – should be released at some point.”

“The use of torture by the American government was a dark mark on our history that must never be allowed to happen again.  We must continue to learn from our mistakes, and that means eventually releasing the torture report at an appropriate time,” Feinstein said.