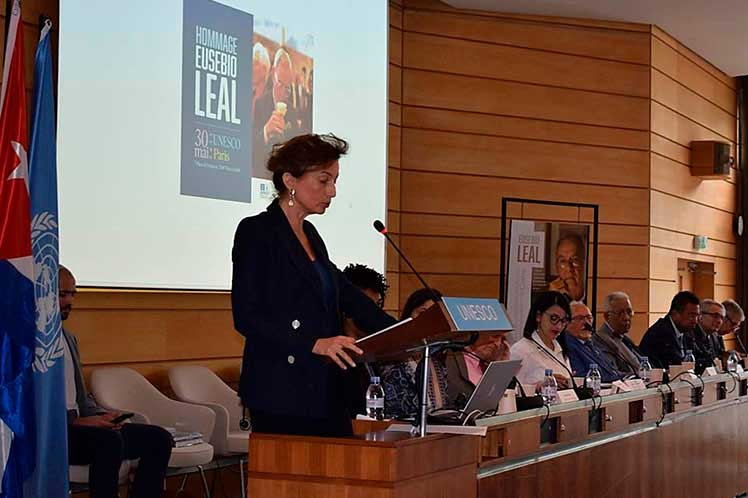 UNESCO paid tribute on Monday to the life and work of historian Eusebio Leal. Participants at the homage described him as an unforgettable, exceptional man and universal Cuban.

The headquarters of the multilateral entity hosted in Paris several activities dedicated to the renowned intellectual, whom participants evoked as a person who never says goodbye and who forever accompanies actions of love and creation.

The tribute included an exhibition with documents and photos, an address by UNESCO's director-general, Audrey Azoulay, and the Cuban ambassador Yahima Esquivel, and a colloquium with intellectuals and people who shared with him at various times.

The founding president of the Cuba Coopération France (CubaCoop) association, Roger Grevoul, presented the exhibition that will be on display for a week. It illustrates facets of the architect of the restoration of the historic center of Havana,  declared by UNESCO a World Heritage Site.

At the event,  organized by the Cuban Permanent Mission to UNESCO and CubaCoop, Azoulay expressed emotion in paying tribute to "an exceptional man of action, a teacher who dreamed of a utopia, who made a great work to carry it out, and a great friend of UNESCO."

For her part, Ambassador Esquivel thanked on behalf of the island for the broad participation in the activities of diplomats and representatives of various sectors of French society.