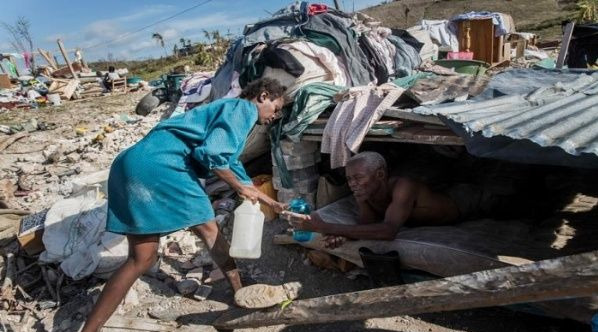 The United Nations Children's Fund (UNICEF) reports that about 3.3 million Haitians do not have drinking water, a problem that worsened after the earthquake of August 14th.

UNICEF warns that the earthquake not only caused more than 2,200 deaths, 12,700 victims and 130,000 demolished buildings, but as a consequence more than 80 aqueducts and hydraulic systems were destroyed in the southern region of the Caribbean country.

It should be noted that, prior to the date of the event, 60 percent of the health institutions in the southern region had full access to drinking water, while Nippes and Grand Anse, also located in the region, represented 59 and 52 percent, respectively.

The organization also warns that more than 540,000 infants could suffer from diseases transmitted by unsafe water, such as acute respiratory diseases, diarrheal diseases, cholera and malaria.

In this regard, Unicef warns that the situation could become much more complicated due to the poor quality of life of children, adolescents and women, who do not have hygienic centers where they can take refuge and have access to drinking water.

The organization urged the local authorities to guarantee a hygienic and humane environment for the people affected by the earthquake, as the context has been aggravated by the consequences of Covid-19 in the country, as well as the number of Haitians with insufficient food consumption.