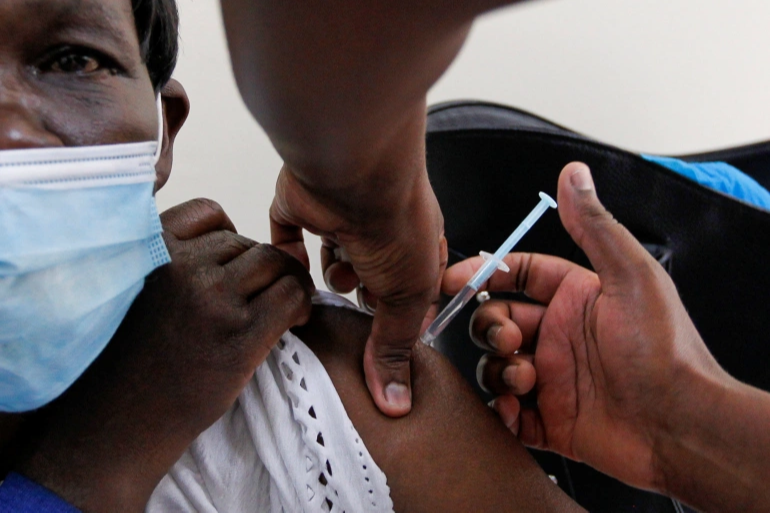 As many as 60 countries, including some of the world’s poorest, might be stalled at the first shots of their coronavirus vaccinations because nearly all deliveries through the global programme intended to help them are blocked until as late as June.

COVAX – the global initiative to provide vaccines to countries lacking the clout to negotiate for scarce supplies on their own – has in the past week shipped more than 25,000 doses to low-income countries only twice on any given day.  Deliveries have all but halted since last Monday.

During the past two weeks, according to data compiled daily by UNICEF, fewer than two million COVAX doses in total were cleared for shipment to 92 countries in the developing world — the same amount injected in Britain alone.

On Friday, the head of the World Health Organization slammed the “shocking imbalance” in global COVID-19 vaccination.  WHO Director-General Tedros Adhanom Ghebreysus said while one in four people in rich countries had received a vaccine, only one in 500 people in poorer countries had gotten a dose.

The vaccine shortage stems mostly from India’s decision to stop exporting vaccines from its Serum Institute (SII) factory, which produces the overwhelming majority of the AstraZeneca doses that COVAX counted on to supply about one-third of the global population at a time coronavirus is spiking worldwide.

COVAX will ship only the vaccines cleared by WHO, and countries are increasingly impatient.  Supplies are dwindling in some of the first countries to receive COVAX shipments, and the expected delivery of second doses in the 12-week window currently recommended is now in doubt.

The vaccine alliance known as GAVI told The Associated Press news agency that 60 countries are affected by the delays.  In vaccination tents set up at Kenyatta National Hospital in Nairobi, many of those who arrived for their first jabs were uneasy about when the second would arrive.