Venezuelan court condemns 17 for attack on president in 2018 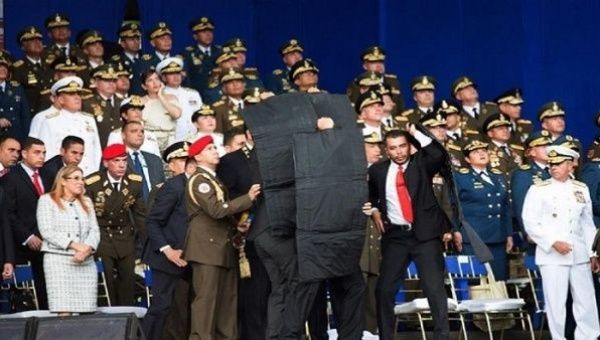 A Venezuelan court on Thursday sentenced 17 people to prison terms for their participation in the assassination attempt against President Nicolás Maduro, which occurred on August 4, 2018, on Bolívar Avenue in Caracas.  At the time, the Venezuelan leader was participating in an activity for the anniversary of the Bolivarian National Guard.

The Venezuelan Attorney General, Tarek William Saab, during a press conference in Caracas, recalled that "two explosive devices attached to two unmanned aircraft were activated, which were intended to assassinate the President of the Republic while he was giving his speech for the 81st anniversary of the Bolivarian National Guard; such detonation caused injuries to several military officers."

Saab explained that those sentenced to 30 years in prison were charged with the crimes of "treason to the Homeland and intentional homicide in the degree of frustration in the person of the President of the Republic," as well as intentional homicide executed with malice aforethought and for futile motives in the degree of frustration, and throwing an explosive device in public meetings, he said.

In the case of the others involved, they were convicted of terrorism, financing terrorism, conspiracy, concealment of the crime of terrorism, and association.  The court also ordered the confiscation of the assets seized in the investigation process.