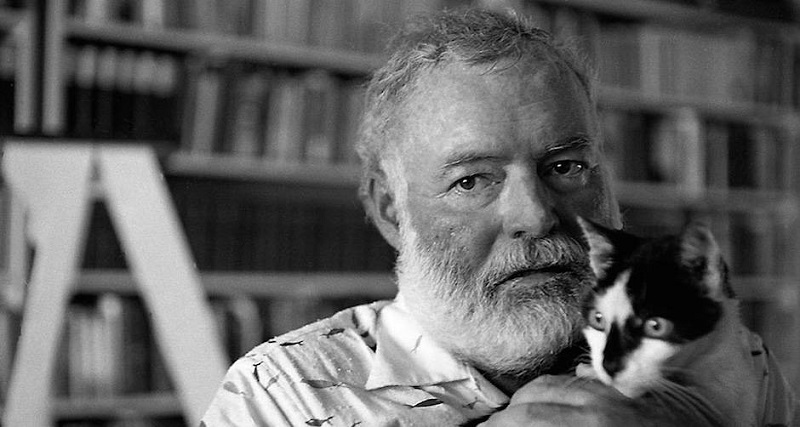 Ernest Hemingway's message to Eva Gardner is remembered over and over again:

"I have spent a lot of time killing animals and fishing in order not to kill myself." He said.

As it is known, the famous author of The Old Man and the Sea killed himself on July 2, 1961, at his country house in Ketchum, in Idaho, United States.

The Honorary Member of the Hemingway Society of the United States, the Cuban researcher, Gladys Rodríguez Ferrero, recalled that at that time the 1954 Nobel Prize in Literature was not an old man (he was about to turn 62 years old), but he suffered from a serious depression.

According to her detailed information, the famous American novelist, who was so emotionally attached to Cuba and its people, suffered cerebral concussions in air accidents, and according to statements from his personal physician and friend, Dr. José Luis Herrera Sotolongo, suffered from incipient liver cirrhosis and a controlled hypertension.

Gladys Rodríguez Ferrero specified among her sources the bestseller entitled ´Writer, Sailor, Soldier, Spy.´ ´The Secret Adventures of Ernest Hemingway,´ 1935-1961 by historian Nicholas Reynolds, and his numerous interviews with Valerie Hemingway, who before being the daughter-in-law of the 1954 Nobel Prize in Literature, she was his personal secretary.

The outstanding American writer shot himself to death on Sunday, July 2, 1961, at his country home in Ketchum, Idaho, United States.

In Cuba, there are many places which keep as a relic the mysterious vibration of the affection of his people, and the pride of some few steps that seem to return the new novel.