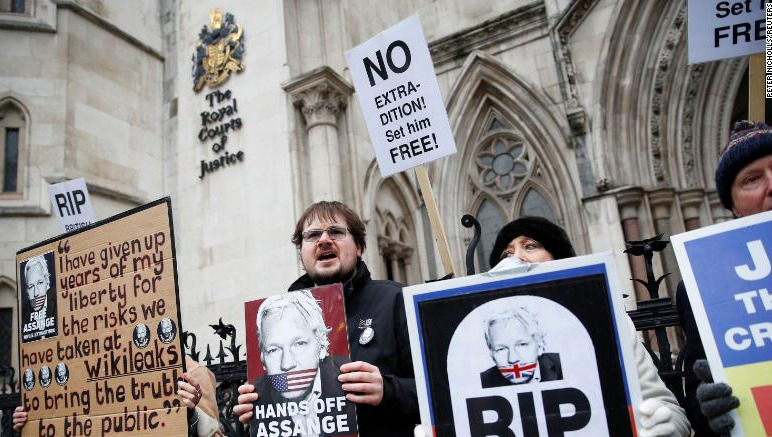 Britain's High Court on Monday ruled that Wikileaks founder Julian Assange can appeal to the UK's Supreme Court against extradition to the United States.

The decision comes more than a month after two senior judges in the High Court overturned a January 2021 magistrates' court ruling and said that Assange could be extradited to the US on the basis of assurances given by the US government about his treatment there.

U.S. authorities have charged the 50-year-old under the Espionage Act for his role in publishing thousands of classified military and diplomatic cables in 2010.  If convicted, Assange faces up to 175 years in prison.