VERSIÓN ESPAÑOL
HOME >> ABOUT US

Radio Rebelde was founded on February 24, 1958 by Guerilla Commander Ernesto Che Guevara at Altos de Conrado in the Sierra Maestra Mountains, in eastern Cuba. A week earlier the electric generator and the first radio equipment had arrived to "Pata de la Mesa", Che's command post, where four comrades were to set up the clandestine station and get it on the air. 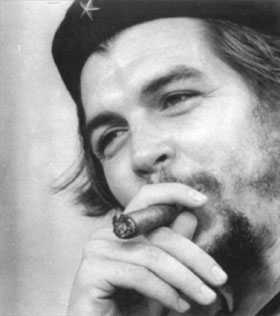 The first broadcast lasted 20 minutes. On that day the station didn't identify itself with the hair-raising "Aquí Radio Rebelde" that would become its trademark. The transmission began with the rebels' anthem, followed by a report on the battle of Pino del Agua and other actions of Che's column. Rebelde's first director, Capt. Luis Orlando Rodriguez, read an editorial on the founding of the radio station and the important events occurring that day in Cuban history.

The first time the station identified itself it went on the air with "...Aquí Radio Rebelde, the voice of the Sierra Maestra, transmitting for all Cuba on the 20 meter band at 5 and 9 pm daily... I'm station director Capt. Luis Orlando Rodríguez."

The station would broadcast first-hand reports on the battles against the Batista Army including actions carried out by the urban underground movement. It would denounce the atrocities of the dictatorship, carry statements by rebel leaders and other messages to the general population. 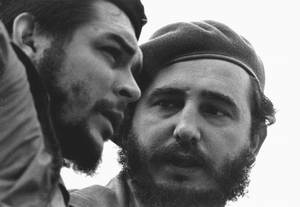 "A guiding principle of our effort was to always communicate the truth, which gave us credibility," said founder Ricardo Martinez. About those early days, he recalls that Fidel Castro once suggested the idea of incorporating a musical space with Quinteto Rebelde, a group of young musicians that livened up country parties.

On May 1, 1958, the station was moved to La Plata where Fidel had his headquarters. After several location changes, by early December Radio Rebelde was broadcasting nearly around the clock. On December 31, 1958, with the dictatorship on the run, Commander Fidel Castro ordered the plant taken to Palma Soriano, near the city of Santiago de Cuba. On January 1, 1959, Fidel Castro used the station to address the nation.

By the end of the war, each column had its own radio equipment—a total of 32 small rebel stations that linked together with Radio Rebelde for simultaneous transmissions, making up what came to be known as the Cadena de la Libertad, or Liberty Network.

During the 1973 celebrations for the 15th anniversary of the founding of Radio Rebelde, Fidel recalled the station's beginnings: "Radio Rebelde truly became our means of mass communication, to talk to the people, and it became a much listened to station. It was crucial for disseminating military information and played a key roll throughout the war..."

The station broadcasts 24 hours a day, specializing in news programs. A considerable portion of its airtime is also dedicated to airing national and international sporting events. The rest of the programming is open and includes 6 live radio magazines.

Radio Rebelde has 891 kilowatts of broadcasting power with 44 transmitters that cover 98 percent of the island. It also operates on short wave on the 60-meter band at 5025 Mhz and on four FM frequencies at 92.1, 92.7, 96.7 and 102.9 on the radio dial. A total of 274 people work at Radio Rebelde. The station has correspondents in all cuban provinces, including the special municipality of the Isle of Youth.